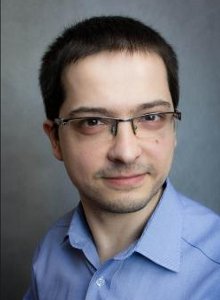 I am Tomasz Idziaszek, a programmer oriented on practical aspects of algorithmics. I have graduated from the University of Warsaw with PhD in computer science. I am a fan of competitive programming, for fun and profit, as a participant, organizer and popularizer. I write and edit books and articles about algorithms and computer science in general.

Below you can find a more detailed description of what I have been up too. You can click on the arrows located after some paragraphs to reveal even more details.

I have been involved with competitive programming community since 2002, first as a participant in programming contests, and next as an organizer of such events. I was a finalist of individual contests (Polish Olympiad in Informatics, TopCoder, Google Code Jam, Algorithmic Engagements) and team contests (Polish and Central Europe Collegiate Programming Contests, Deadline24). In 2005 I represented the University of Warsaw on the ACM International Collegiate Programming Contest in Shanghai. ▸

From 2013 I am a scientific secretary of Polish Olympiad in Informatics for high school students, which means that I am responsible for problems proposals for the contest. Moreover, I take part in creating competition problems and editing publications and videos with editorials. From 2007 I am a member of jury on annual Polish Olympiad in Informatics Training Camp (ONTAK), which prepares students to participate in the Olympiad. I also took part in preparing tasks for some other camps and events. ▸

I am also an author and editor of books for participants who prepare for programming competitions. In 2012 I took part in publishing Looking for a Challenge? book which contained a selection of problems from programming competitions organized by students and teachers from the University of Warsaw. It contained, among others, one of my favourite algorithmic problem. In 2015 the second volume was published (so far in Polish only) containing all problems from Polish Collegiate Programming Contest in years 2011–2014. And in 2018 to celebrate 25 years of Polish Olympiad in Informatics the book Przygody Bajtazara (Byteasar's Adventures) was published; it contains a selection of 50 problems from all editions of the Olympiad. The book has won the first prize in the Polish Information Processing Society's contest for Polish Computer Science Book of the Year 2019 in the category of popular science publications and textbooks.

Currently I cooperate with Codility, a company which offers a platform on which one can screen competence of candidates for software engineers jobs. I work on preparing problems and maintaining software. On the Codility web page there is also a training section for programmers.

Before that I have worked with companies such as CodiLime (where I organized Asseco Programming Marathon24 contest and did some other projects) and Advanced Digital Broadcast (where I wrote software for set-top boxes). I had a 3-month internship in Silicon Valley at NVIDIA, a company specializing in graphic cards.

During 2010–2015 I was an editor of computer science section of a popular science magazine Delta, published by the University of Warsaw. Currently the magazine is issued monthly in parallel in paper and electronic version. I have written more than 70 articles, mostly about solutions to problems from programming competitions, but also more general articles about computer architecture and history.

I also give occasional talks on scientific stuff. You could have met me on Sketch Mathematics School (SMP) or Avangarda convention. ▸

I have graduated from the Faculty of Mathematics, Informatics, and Mechanics at the University of Warsaw, with a PhD in computer science. My thesis Algebraic methods in the theory of infinite trees prepared under the supervision of Prof. Mikołaj Bojańczyk concerned connections between algebra, logic, and automata recognizing languages of infinite trees. ▸

During my studies I was a teaching assistant on lectures such as algorithms and data structures, compilers, operating systems, algebraic theory of languages, practical algorithms, and interfaces. For three months I was a visiting student at the University of Hasselt (Belgium).

In my free time I like to play catchy tunes on the piano and listen to Polish and British radio dramas. To stay fit, I run on a regular basis (I finished a marathon in 2017 and 1/4-Ironman-style triathlon in mountainous terrain in 2018) and play badminton.

You can drop me an e-mail at tomasz@algonotes.com.